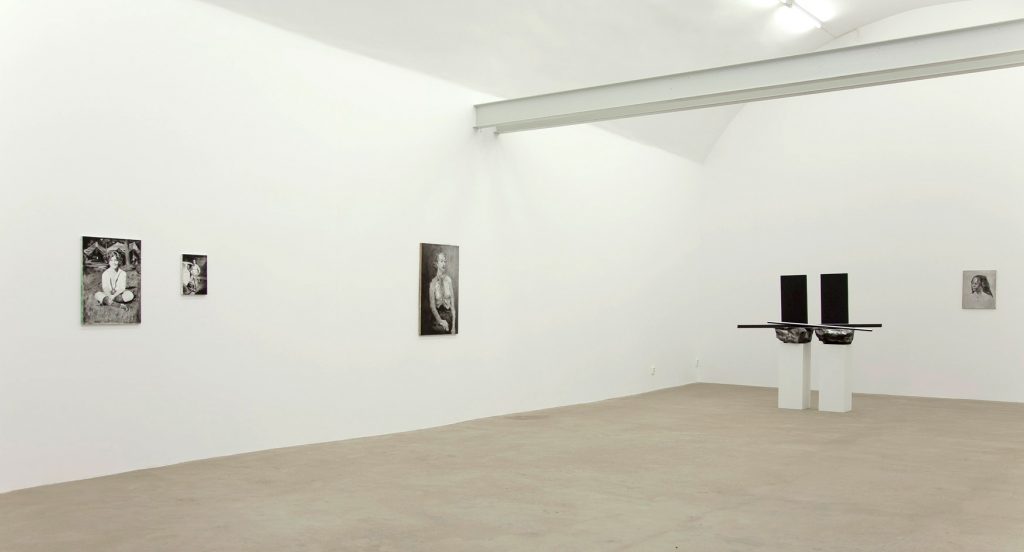 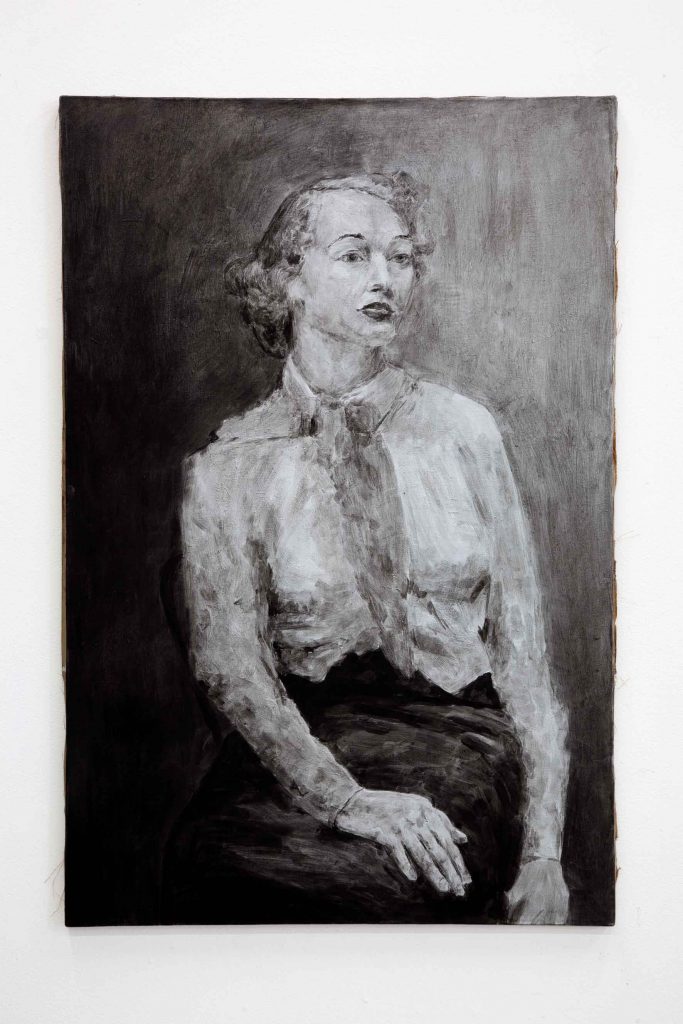 ”The black and white way of ececuting the work changes the works relation to time. This has some qualities of photography in it: reference to past, window-like flat picture quality and  documenting quality where, all you see in picture has been there before.This changes the paintings existece as actual precense and as object.   As
a remake I see this in close relation to fiction and even narrative. Repainted painting is like story which is told again, incomplete rendition of subject. In this way repainting comes closer to abstraction. 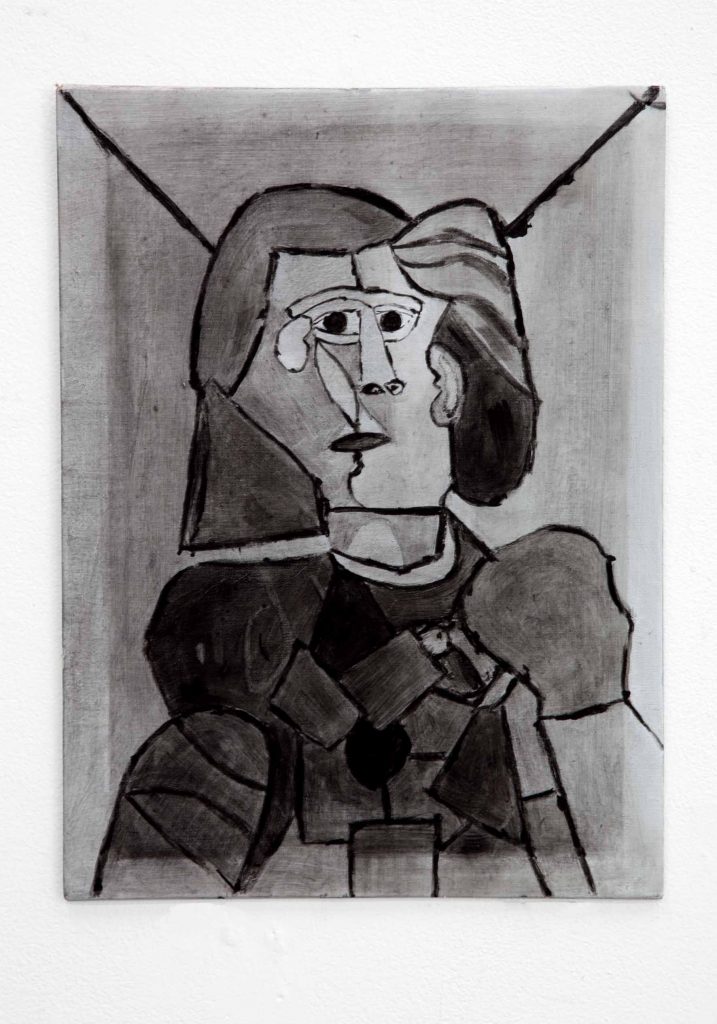 When I am painting this amateur painting I am painting somebody elses perception, something that somebody else has seen or imagined. This double vision is somehow schizophrenic: who is painting and what, who is seeing and what. The motiv of painting can be a person to whom I have not any relation, but the painter before has found that person somehow important. Actual meaning of work is somewhere between paiting acts of mine and unknown painter.” 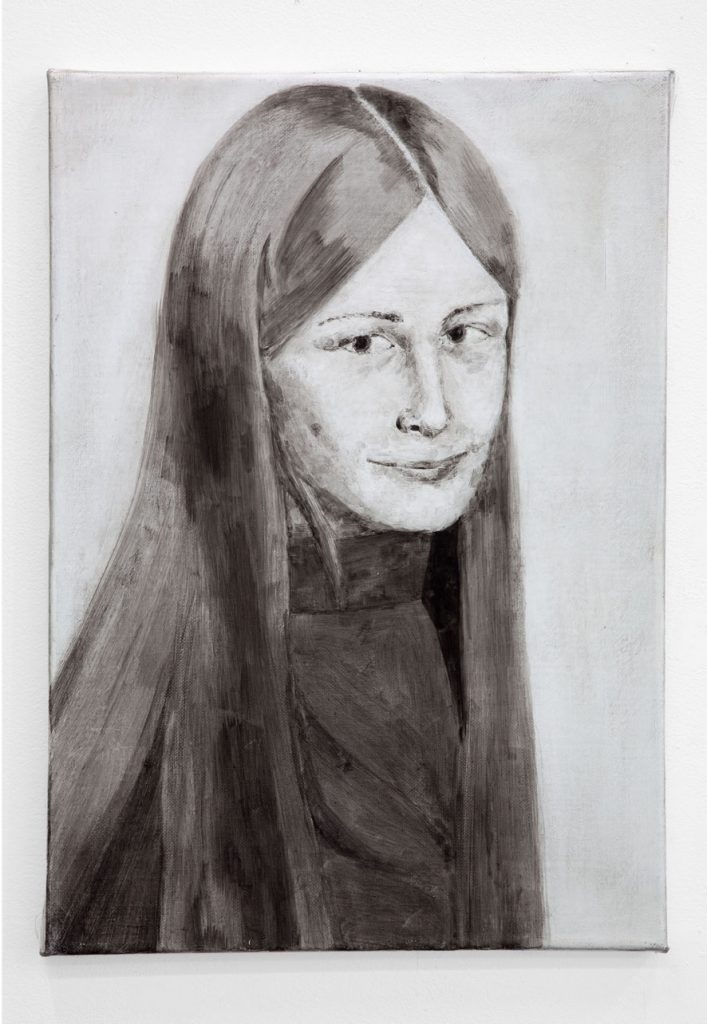 The gesture by which Rannikko covers and marks the already painted surface is close to act of violence. It is interfering to something personal. Movement of body, painterly gesture on canvas replaces the earlier gesture with new, reducing gesture.

”I see perception as  a violent act. I somehow interfere with something that is outside of my own body.  Basically the view which I percieve is flat compared to concrete three-or four-dimensionel world around me. By changing the precence of painting to image of itself I kind of push the painting to different space. Its qualities in exhibiting space are decreased. Re-painting painting also changes its temporal qualitites. It doesn't follow the time around it but stays in one frozen moment of the black and white. This is something which has been important for me also in sculptural works. 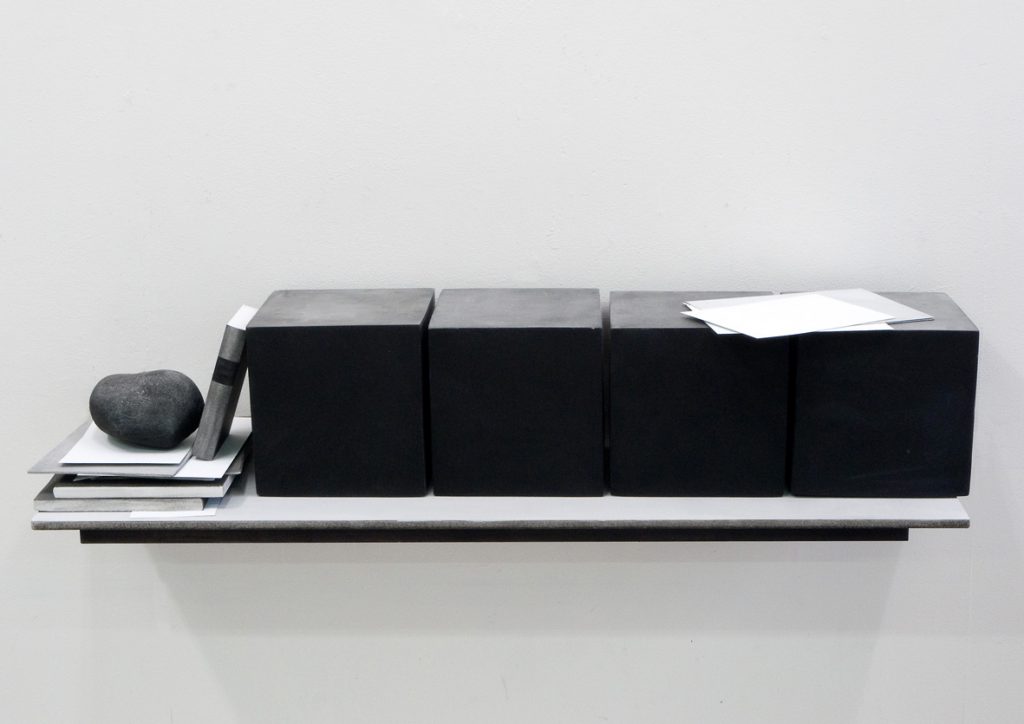 By the side of the paintings Rannikko presents three sculptural works. The works play with modernistic forms and photographic incompleteness. Illusoristic black and white handling of sculptures makes the sculptures to move to pictorial and temporal. At the same time they loose part of their nature as objects.

”My sculptures are like stages. They gather different forms of images in it. I have used the modernist and minimalist forms as a actors of meaninglessness. They do have their tradition in context of art, but at the moment they have lost their significance. Those pure forms represent some idealism and purity which I see impossible at the moment. In my works I place these forms in surrounding which refers to unorganized and accidental happening. Even these works are carefully structured they have a quality of chance in them. These timeless untitled forms are then part of very temporal act. Certain qualities of precence turn to be a part of narrative act. This and black and white illusionistic handling of surface I see as a clear reference to tradition of photography. Interesting is the relation of photography and sculpture as documents and/or representations of reality.