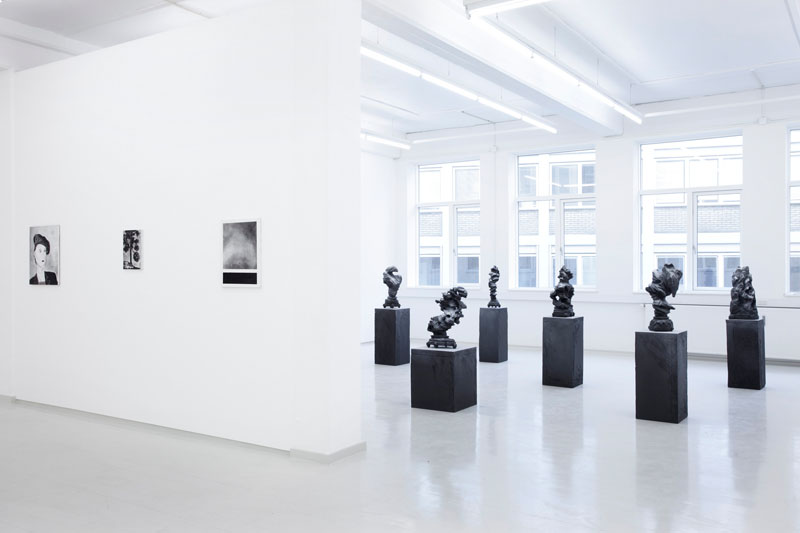 Various pictures exhibits pictures on pictures and pictures in pictures. The exhibition questions our perception of how we view works of art and of how we load art works with expectation and content.

The sculptures depict Chinese scholar´s rocks on basic plinths. Chinese scholar’s rocks are nature formations, traditionally appreciated and collected in China due to their resemblance to recognizable images such as landscape, animals, humans etc. 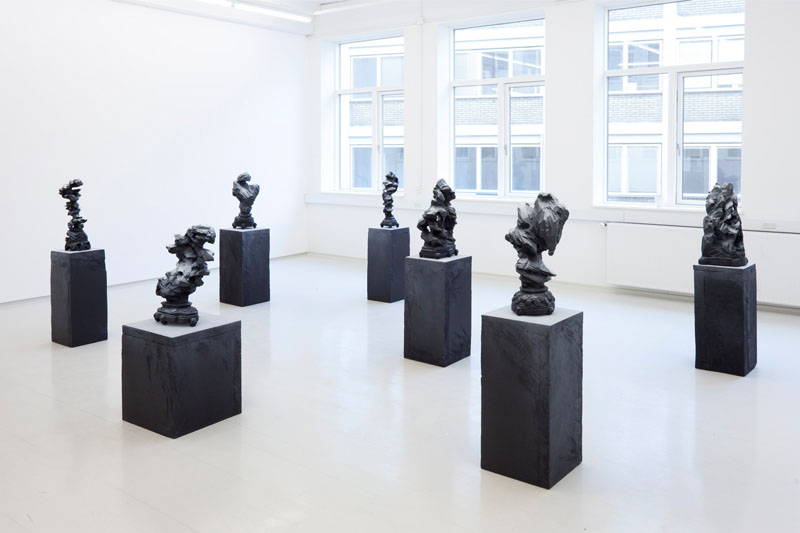 The sculptures are carved from styrofoam and painted black and white to resemble highly contrasted photocopies or black and white photographs of the sculptures, which again depict Scholar´s rocks on plinths i.e. both are carved and painted in the same way and they are part of the same image and artwork. This creates a powerful 2-D illusion, where the actual physicality of the sculptures decreases. The pieces seem to move into a different space than that of the viewer outside it, leading to an undefined viewing situation. Objects transform into a theatrical, distanced staging on the gallery floor. 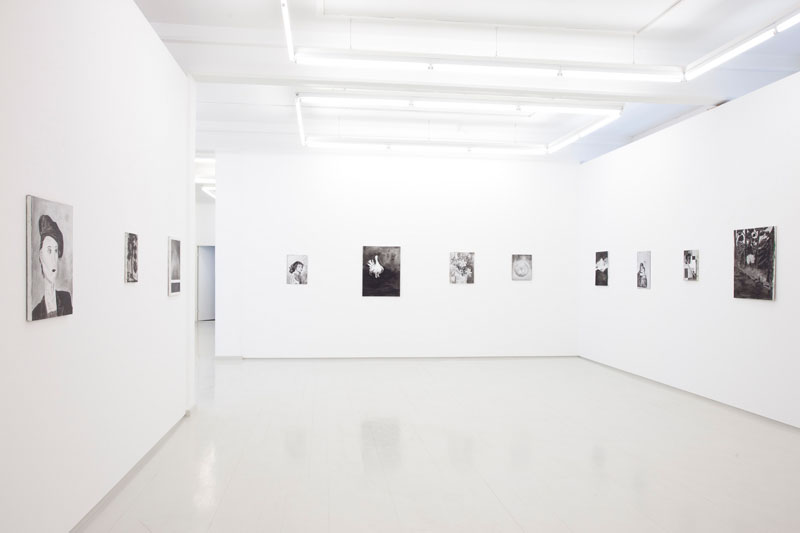 As Jean Baudrillard writes in the essay “Simulacra and Science Fiction”:
There is no real and no imaginary except at a certain distance. What happens when this distance, even the one separating the real from the imaginary, begins to disappear and to be absorbed by the model alone?

Or in the words of Vesa-Pekka Rannikko:
I have often used the structure of the novel as a model for my thinking because it alters the meaning or nature of artistic work to the image. The idea of the artwork as a metafictive structure, a fiction of a fiction, the illusion of an image; overlapping structures negating each other and revealing deeper layers. In a construction of this kind, the work of art as well as the whole exhibition loses its concrete nature at the level of the image and its presence. Each part of the whole is misleading, ambivalent, transforming and converted into an image.