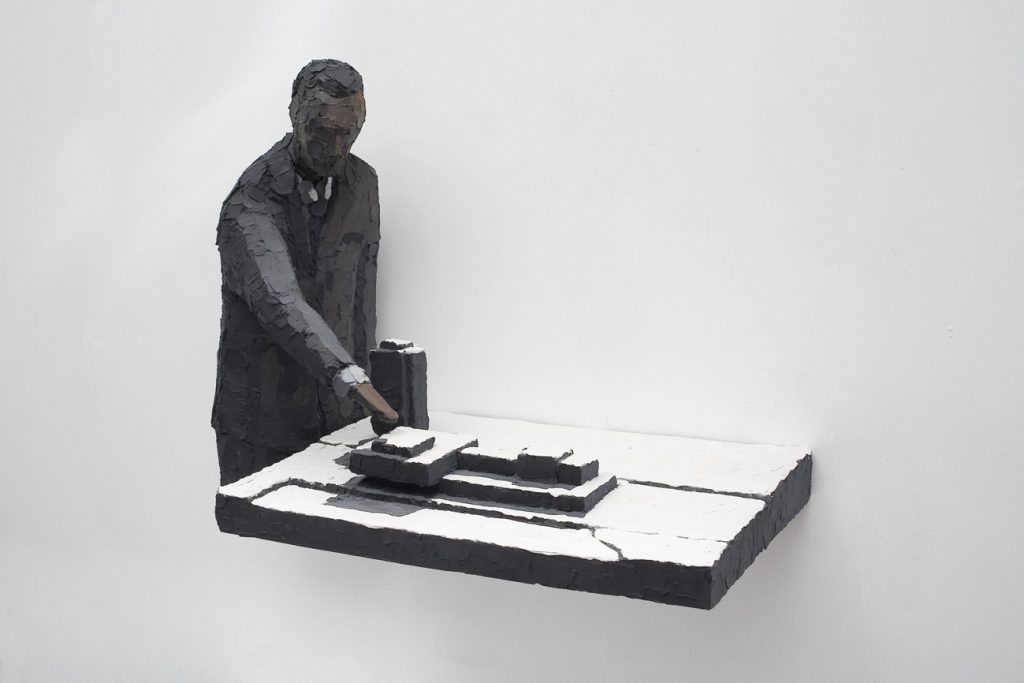 Sketch is based on a photograph from the 1950s in which the mayor of the city of Espoo, next to Helsinki, is bending over a scale model of the future 'garden city' of Tapiola, which has subsequently come to be known as a successful combination of functionalist architecture and the natural environment in Finland. In this work, the man's manner of dress and the monochrome image clearly refer to the time when the picture was taken. The scale model of the buildings still appears fresh and it could have been designed only recently. The image is at the same both modern and nostalgic. The mayor's pose makes the work a picture of demonstration, managing and protecting. The scale model is a sketch, a three-dimensional image made for viewing a future structure. It is a pure and undisturbed image of a building.

Olive, Sand, Sea and Ultramarine touches upon the thematic of Sketch. It took as its starting point a package of tumblers, containing four glasses of different color in a simple cardboard container. The title lists the colors of the glasses. Except for ultramarine, the colors are defined in terms of material. They are no longer colors but instead depictions of their names. They gain definition from outside. The packaged tumblers are the classic Kartio (1958) glasses by the Finnish designer Kaj Franck (1911 - 1989), which have been manufactured, with minor variations, for several decades. Franck was a functionalist who aimed at practicality and anonymity in the design of everyday objects. Over the years, the practical aspect evolved into admirable clarity of form and the designer's style became recognizable simplicity. The tumbler package reiterates the form of the objects that it contains. While functional, the package is also aestheticized by its own style.

Attribute derives from a sculpture in which a woman dressed in a bearskin represents the Finnish state. It was originally placed as an attribute on the pedestal of a statue of the poet J. L. Runeberg (1807-1877) from 1885. The work itself is from the period before Finland gained national independence and is associated with the prominent nationalist movement of the time. In the present work, the sculpture takes a representing role, defining ideology, the state and the individual. It represents the values of its own period and appears to us as a recollection of that era. The wear and oxidization of the piece record its history as an object. 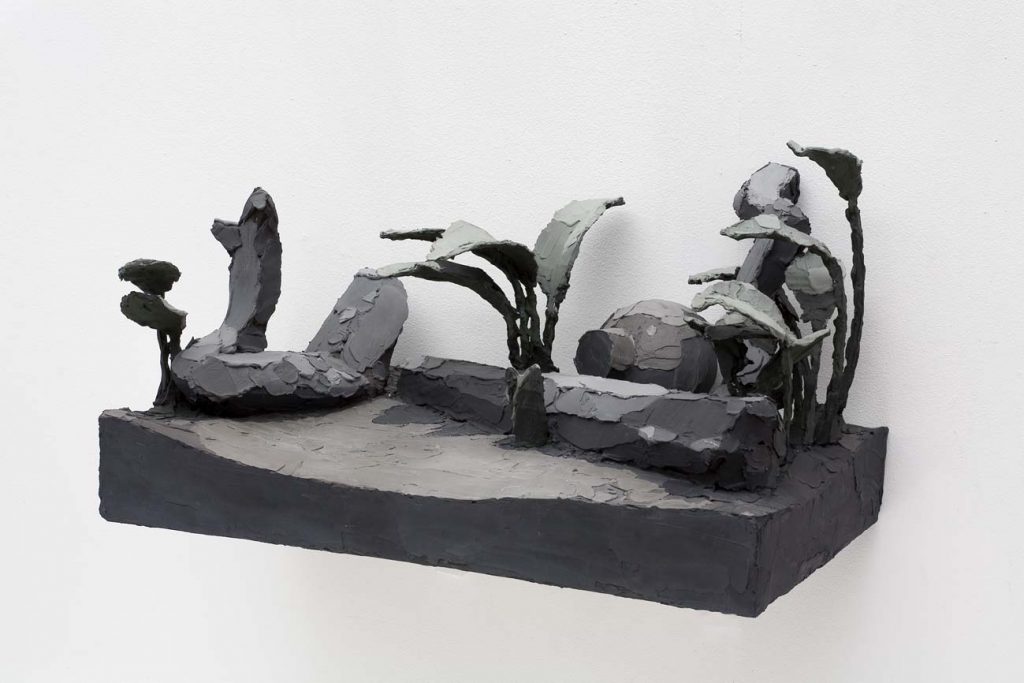 Terrariums are interesting not only for their appropriation of nature but also because of their nature as objects. A terrarium is place that is outfitted to suit a specific animal or plant. It is made into a suitable landscape for the species in question. We see that landscape as an exotic, almost projection-like image to be viewed. The terrarium is a play employing scenery resembling nature. Terrarium contains within itself the properties of landscape, still-life and the object.

An actor in a film is an image of him- or herself as someone else. New Actresses addresses the issue of stereotype. The actors are the new performers of a popular soap opera. The characters are clearly defined in accordance with their appearance. They are distant, being almost caricatures of the figures that they represent. This work is an image of posing, of forming a picture. 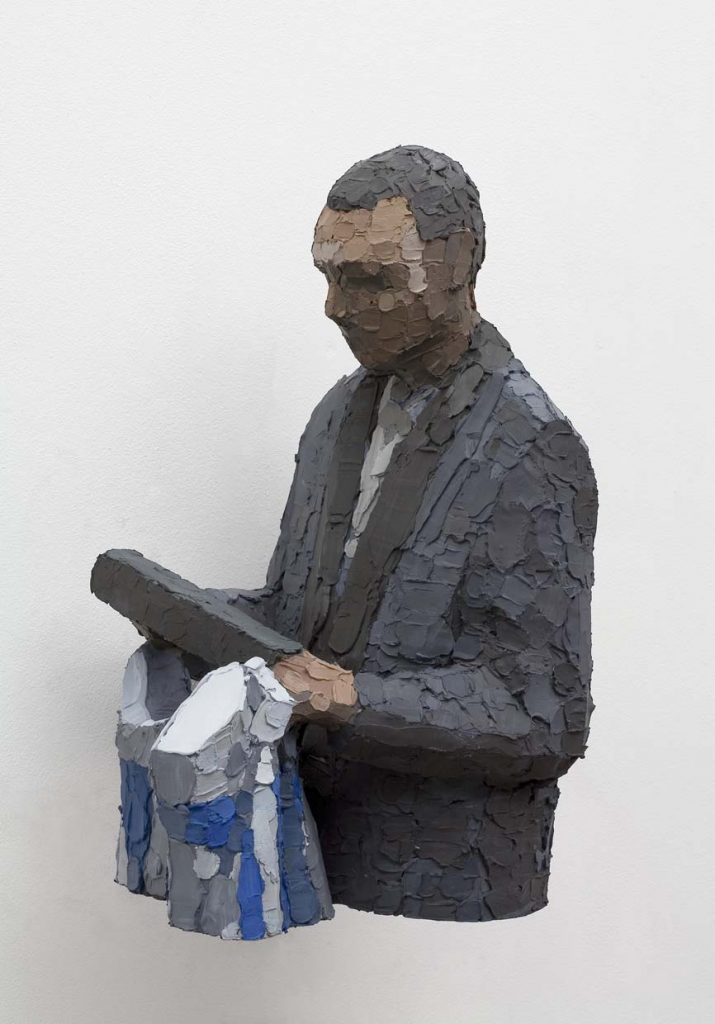 Scene is based on "7 Fragments of a Chronology of Chance" (1994) a film in turn based on real events by Michel Haneke of Austria. In this film the actor plays a person who really existed, combining the actor's persona, the character and the real individual on whom the character was based.

My exhibitions are often composed of works of highly different themes. In an exhibition as a whole, I aim at constructing networks of meaning with which the works are connected to each other. There is often a single work in each showing that assembles the theme. In this exhibition it is Specimen, representing a human skull. Bone is a functional and pure form. I regard the skull to be an ideal human portrait, an opportunity and also an ending, as the remains of a human being. The skull is a museum object, a specimen left without purpose.